BG: Background, the background of a piece.

CnC: Comments and Critique, asking for comments on a piece.

Compo: Composition, how a piece is put made.

dA: deviantART, prominent website for artists; (DA) An image-hosting
and community website that shares one’s art with anyone else who is
obliged to view and comment on it; also an art shop

FR: Full Rights, you can use it for anything you wish, but you may not claim you made it.

FX: Effects, the techniques used in a piece; Effects; the digital effects of an image or piece of art

GIMP: a free graphics program; A free program that mirrors the abilities of Photoshop

LR: Learning Rights, you may look at the PSD/Tutorial to examine the creation process, but nothing else

PSP: Paint Shop Pro, a design program but not nearly as effective as PS or GIMP

Photobucket: popular image hosting website; (PB) An image-hosting
website that is commonly used and referred by many graphics designers

PS: Photoshop, common graphics program, and most popular; A program
that utilizes any type of graphics, including animated graphics

SR: You have the right to wear it in your signature but nothing else.

SoTW: Signature of the Week, a popular contest on various forums;
Signature of the Week; a weekly competition commonly held by many
graphics and other forums to challenge the members of the forum to see
who can create the best forum signature, mostly appealing-wise

Typo: Typography, the use of text in a piece.

WIP: Work In Progress, a project that is still in the making

XCF: Gimp Document, the raw format for GIMP designs where layers are
kept or saved; The file extension used for saving current or unfinished
work on the program called GIMP

PR: Planet Renders Render: An image with out a background.

Stock: An image with a background; A usable image worthy of being manipulated graphics-wise; a high quality image

Focal: The main focus or attraction of an image.

.jpeg: We look down on this format. Horrible for graphics. We welcome you to throw sticks at it.

LS: also known as the light-source... or the main point of attraction
in the signature in which light comess from; Light source; a source of
light to focus on the depth of a focal

.ABR: A file extension used for recording and creating brushes used by Photoshop, GIMP, and other graphic programs

Rule of Thirds: The rule of thirds is a guideline commonly followed by visual artists. The objective is to stop the subject(s) and areas of interest (such as the horizon) from bisecting the image, by placing them near one of the lines that would divide the image into three equal columns and rows, ideally near the intersection of those lines. Note how the horizon falls close to the bottom grid line, and how the dark areas are in the left third, the overexposed in the right third.

Abstract: An object or piece that is of awkward and queerness, which
will entice its viewers upon looking; unbound shapes and objects

Surreal: The manipulation of an object or many objects to appear as another

SDB: Sprite Data Base; a sprite-hosting website that holds over thousands of sprite images and resources

Fighter Factory: A program that may be used for ripping sprites and other rendered images

Gradient Map/Photo Filter: A utility used in graphic programs to
enhance and slightly familiarize all colors that are in the applied
project of art

Depth: One of the basic yet significant
parts of an image that ensures the focal and its surroundings in an
image stand out more; blurred parts of the background and a high
quality focal area

Anti-Alias: Sometimes abbreviated as
AA, it is basically smoothing out the lines to prevent the pixellated,
grained out look. Often done by the graphics program.

Dithering: It is the method of placing pixels of differing colors close
together to make it look like a blended one when zoomed out. Used to
get more color out of a limited palette or used in pixel art to create
texture and depth.

Scaling: When pixel art is displayed at a higher resolution than the source image, it is often scaled using the nearest neighbor interpolation algorithm in order to avoid the blurring caused by other algorithms such as bilinear and bicubic interpolation
– which interpolate between adjacent pixels and works best on
continuous tones, but not sharp edges or lines; nearest-neighbour
interpolation preserves these sharp edges, but it makes diagonal lines
and curves look blocky, an effect called pixellation.
Thus, hybrid algorithms have been devised to interpolate between
continuous tones while preserving the sharpness of lines in the piece;
such attempts include the 2xSaI and Super Eagle algorithms.

Ray Tracing:
In computer graphics, ray tracing is a technique for generating an image by tracing the path of light through pixels in an image plane
and simulating the effects of its encounters with virtual objects. The
technique is capable of producing a very high degree of visual realism,
usually higher than that of typical scanline rendering methods, but at a greater computational cost.
This makes ray tracing best suited for applications where the image can
be rendered slowly ahead of time, such as in still images and film and
television special effects, and more poorly suited for real-time applications like computer games where speed is critical. Ray tracing is capable of simulating a wide variety of optical effects, such as reflection and refraction, scattering, and chromatic aberration.

You may help by posting only sig tutorials here

note: PLEASE only use links to tutorials. Do not post the image here, only the link to the image.

Definitely in need of sticky.
_________________
"In criticism I will be bold, and as sternly, absolutely just with friend and foe. From this purpose nothing shall turn me." -Edgar Allan Poe

Good job Sky.Could be really useful to me.

Also a little heads up to anyone that's looking for resources on DeviantArt or any other websites.Do not take/used/edit Drawings,Photography,Sprites,Wallpapers or any others work without the author permission,this may resulted as Rip.

Resugere
-I get most of my textures from them,but though they have a lot of terms and conditions for using their resources,you guys better read them first before using any of their resources.

MrRobin
-He made some really good abstract C4D.

Liasmani
-He made some good Gradients. 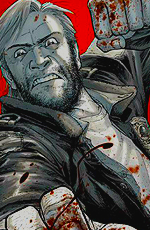 @Phoenix wrote:Definitely in need of sticky.